From Incheon International Airport to Daejeon

There is only one way to travel from and to Incheon airport, by using Airport Limousine bus.

The bus leaves the airport at regular intervals and arrives in Daejeon first at Lotte Hotel, then near the Government Complex Building as the second stop before terminating at the Daejeon Eastern Express Bus Terminal. There will be a short break at a highway resting area before getting to Daejeon.

Once the bus exits from the high way, prepare to get off at the second stop "Government Complex Building" (in Korean, 정부 청사) where is the convenient stop to take a taxi to KAIST campus. (cost for the taxi ride is around ＄3 or 3,000won)

Bus boarding place in Incheon International Airport : Bus stop #8B in front of the arrival terminal during normal operating hour (boarding stop may be different after hours)

* KAIST is about a 15-minute taxi ride away from the stop of Daejeon Government Complex Building.
The taxi fare will cost app. 3,000 won.

From Daejeon to Incheon International Airport 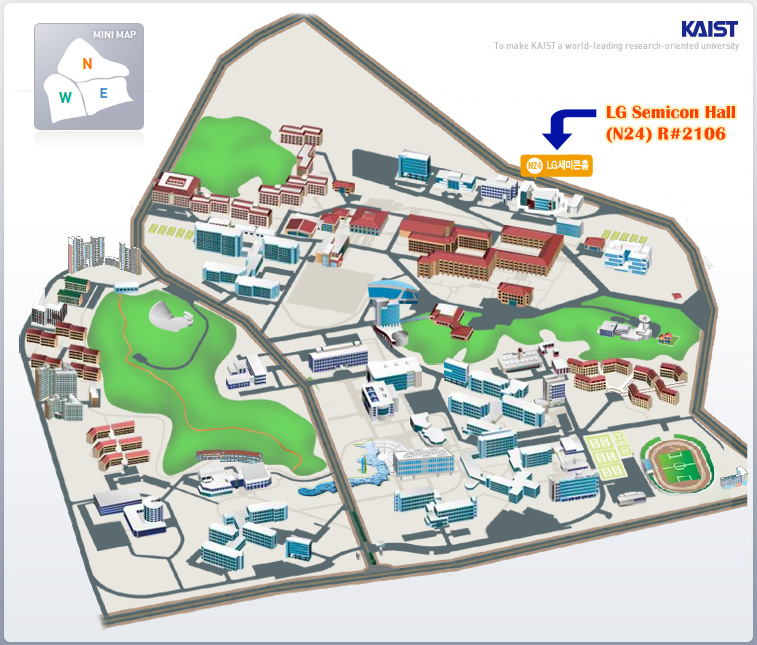