This paper considers a psychoacoustically constrained and distortion minimized speech enhancement algorithm. Noise reduction, in general, leads to speech distortion, and a balanced tradeoff between noise reduction and speech distortion must be attained. A constrained optimization problem is set to reduce noise so that speech distortion is minimized while the sum of speech distortion and residual noise is kept below the masking threshold of the clean speech. Obtaining a solution to the optimization problem may be infeasible under certain conditions, and a slack variable is introduced to allow certain deviation from the constraint conditions. To estimate the power spectral density and also the masking threshold of clean speech, a speech model that assumes coexisting deterministic and stochastic components in speech is used. Experimental results show that the considered algorithm outperforms some of the more popular algorithms in terms of improvement in segmental signal-to-noise ratio (SegSNR), spectral distance (SD), modified Bark spectral distortion (MBSD), and mean opinion score (MOS). 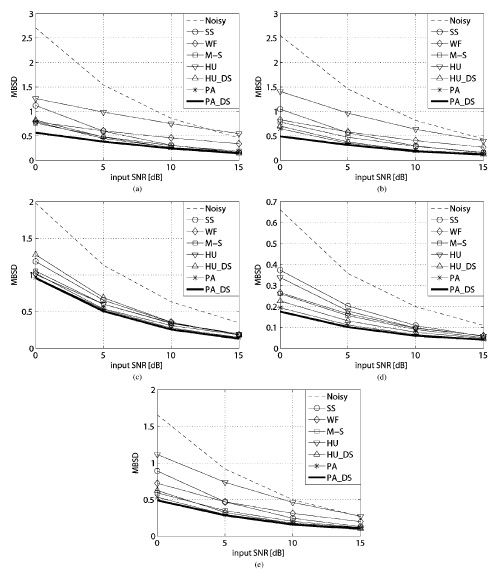 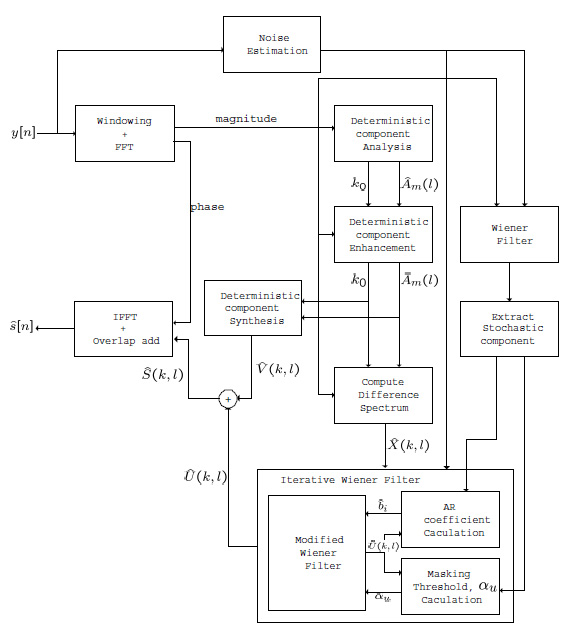 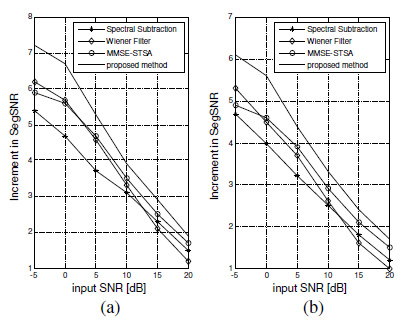 1. Seokhwan Jo and Chang D. Yoo, “Speech enhancement based on the decomposition of speech into deterministic and stochastic components and psychoacoustic model,” In Proceedings of IEEE International Conference on Acoustics, Speech and Signal Processing, Honolulu, Hawaii, USA, vol. 4, pp. 897-900, May, 2007.